Budapest, 02 May 2019 – The foundation stone of the new rubber bitumen plant has been laid in Zalaegerszeg, Western Hungary in the area of the Zala Refinery. 75% of the HUF 3 billion investment is provided by MOL from its own resources, and 25% is financed through the Hungarian government’s Enterprise Investment Support Program.

The rubber bitumen plant is expected to start production next year, with the capacity of 20,000 tons per year. MOL’s rubber bitumen can be used to build more durable asphalt roads with higher load capacity and less maintenance costs. The durability is well illustrated by the fact that there is no pothole on any of the roads made with rubber bitumen, although the oldest experimental roadway is 15 years old.

The rubber bitumen, which is produced using environmentally friendly technology will be used primarily in the domestic market for road construction. The patented technology is the result of a collaboration between MOL and Pannon University. The new HUF 3 billion ($10.3M) plant uses 3,000 tons of crumb rubber annually to produce rubber bitumen, which contributes to the recycling of about half a million used tires. This amount is 8-10 percent of the annual domestic tire waste. The annual production of 20,000 tons of rubber bitumen will enable the construction of a 200 km 2x1 lane road, or the renovation of the upper layer of a 600 km 2x1 lane road.

“The Hungarian government grants HUF 750 million support to MOL within the framework of the Enterprise Investment Support Program. The construction of MOL Group’s new plant contributes to better quality roads in Hungary.” said Mihály Varga, Minister of Finance at the foundation stone-laying ceremony.

“In our 2030 strategy we have a strong focus on the production of environmentally friendly, small-scale, innovative goods. We are eager to lead change: we are the only company in the CEE region that has a proprietary patent to the rubber bitumen technology. According to the calculations the cost of the road made with rubber bitumen can be lowered by 30% during its 30-year lifecycle. This cost-reduction will stimulate the widespread use of rubber bitumen in the national economy. So in addition to helping the environment with the eco- friendly solution, we are playing our part in creating quieter and pothole-free roads in Hungary.” – said Zsolt Hernádi, MOL Group Chairman and CEO.

In the Zala region, MOL has been producing hydrocarbons for over 80 years and has been refining for over 65 years. The Zala Refinery, a 5,000-ton capacity rubber bitumen plant was launched in 2012 and the new plant will be built to respond to increased demand. The new plant will contribute to the efficient operation of the Zala Refinery and will secure refinery jobs for some 100 workers.

In the past six years, 60 km of road has been built or renewed in Hungary using rubber bitumen, which means the utilization of rubber grist from some 150,000 used car tires. 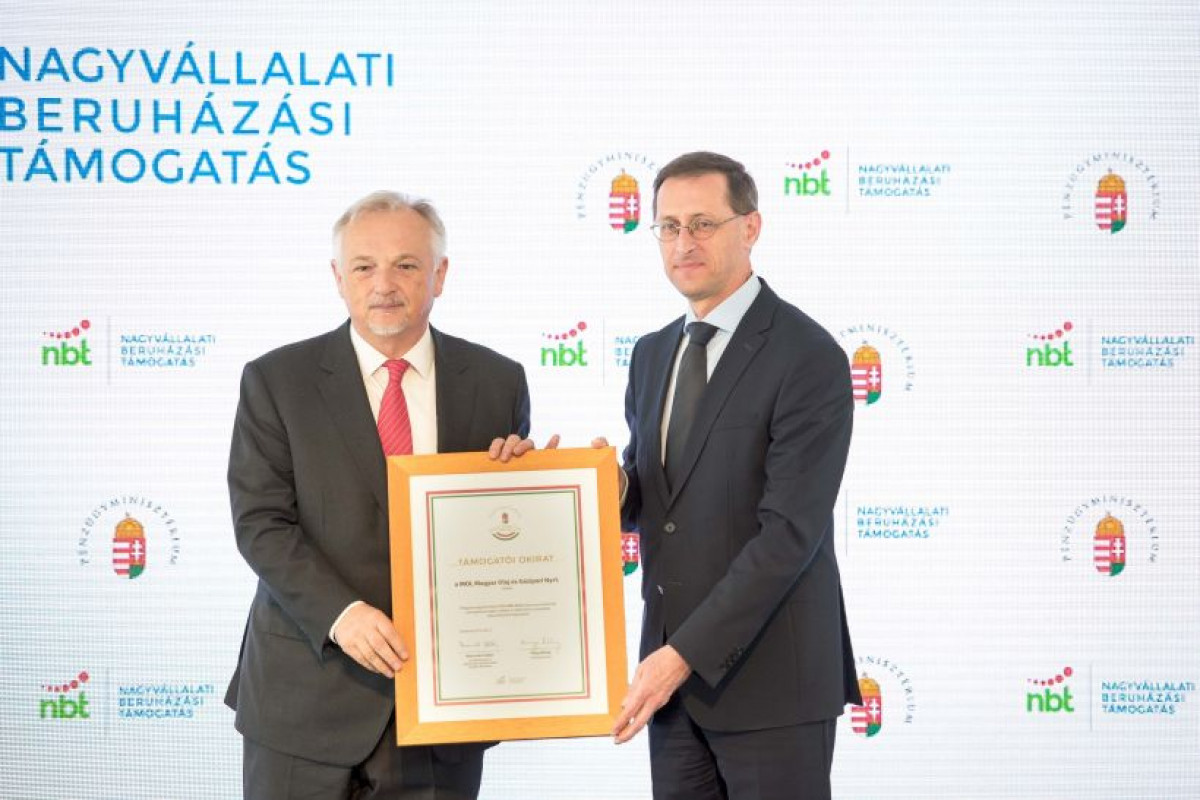 About the development of MOL’s rubber bitumen

The new manufacturing technology of crumb rubber, which is made from bitumen and waste tires, was developed jointly by MOL and Pannon University. Chemically stabilized MOL Rubber Bitumen was patented in 2009, and in 2014 it was awarded the Environmentally Friendly Product Trademark. MOL Rubber Bitumen has received many domestic and international awards. Among other things, it won the Environmental Innovation Award in 2015 at the Hungarian Innovation Grand Prix competition. It also won the “Innovative Product of 2016” award of IChemE (Institution of Chemical Engineers), in a strong international field, out of 23 applicants.

In the 2000s, MOL started working on the domestic production of rubber bitumen, which was already used abroad. According to the procedure applied in the US, the rubber bitumen is made at the road construction site, because it has to be used within a few hours due to the extraction of rubber particles, and because the production of asphalt requires special equipment. In order to create a new product that can be handled in the same way as normal road bitumen, in co-operation with Pannon University, MOL has developed the so-called chemically stabilized rubber bitumen. MOL’s patented technology ensures that the rubber bitumen can be transported, stored and used later, so it can be manufactured on a large scale and can be used away from the production site.