Budapest, 4 February 2019 – Last week, MOL Group held in Hungary Live Final of the 12th edition of the Freshhh competition, its flagship award-winning student contest. Its popularity demonstrates that MOL is considered an attractive employer among the youngest, largely digital generation, and is able to offer compelling career paths also outside the core Oil & Gas industry. The best six international teams - from Croatia, France, the Netherlands and Poland – competed for final prizes, with the French “Road to Buda” and the Dutch “Snelle Planga” teams coming out on top after a challenging battle.

Freshhh is an international online student competition, where participants take charge of managing an integrated oil corporation. Throughout the game, teams consisting of three members have to make day-to-day decisions on oil and gas field development projects, the construction of a refinery, retail network development as well as defining the best product portfolio.

The latest edition attracted applicants from over 70 countries around the world. In total, more than 1,000 teams applied to participate in the Freshhh 2018 competition, which proves that it has truly become a trademark in the industry on the international level. Two rounds of the virtual game were followed by the Live Final, where the participants had an opportunity to assess key pillars of MOL Group 2030 strategy, outlining solutions to potential challenges in each business segment and presenting their ideas on how to attract young talents to the oil & gas industry. Finally, the student teams participated in a challenging debate, which was an opportunity to demonstrate their teamwork, negotiation and public speaking skills.

All teams showed excellent performance, but according to the jury comprising of top MOL managers the French “Road to Buda” and the Dutch “Snelle Planga” teams proved to be the best. The third place went to the French “The Oil’believable” team and a special award to the Croatian “Godot” team. The top three teams won prizes of a total of 25,000 EUR.

“Popularity of the latest edition of Freshhh competition proves once again that MOL grasped the fundamentals of engaging digital natives. I am pleased to see that thanks to our talent acquisition programs young people see MOL as a vibrant and rewarding workplace, which can offer impactful career paths. We continuously rethink and reinvent our programs to stay attractive for new generations, whose fresh and innovative energy is essential for the implementation of our transformational strategy, MOL 2030.” - said Zdravka Demeter Bubalo, HR Vice President of MOL Group.

Since 2007, MOL hired over 120 participants of the Freshhh competition, with many of them being promoted to high-level expert and managerial roles.

Last year’s winners joined MOL as Junior Engineers as part of the so-called Engineer Academy program, and currently work on MOL’s flagship chemical investment. Emánuel Kovács, who was part of the team, commented: “After we won the Freshhh competition, things happened very fast. Last year, our whole team joined MOL as part of the so-called Engineer Academy and we started to work on the company’s largest investment. The Polyol Project is one of the cornerstones of MOL’s petrochemical expansion, the key pillar of MOL 2030 strategy, so it’s really exciting to be involved hands-on in the company’s transformation.” 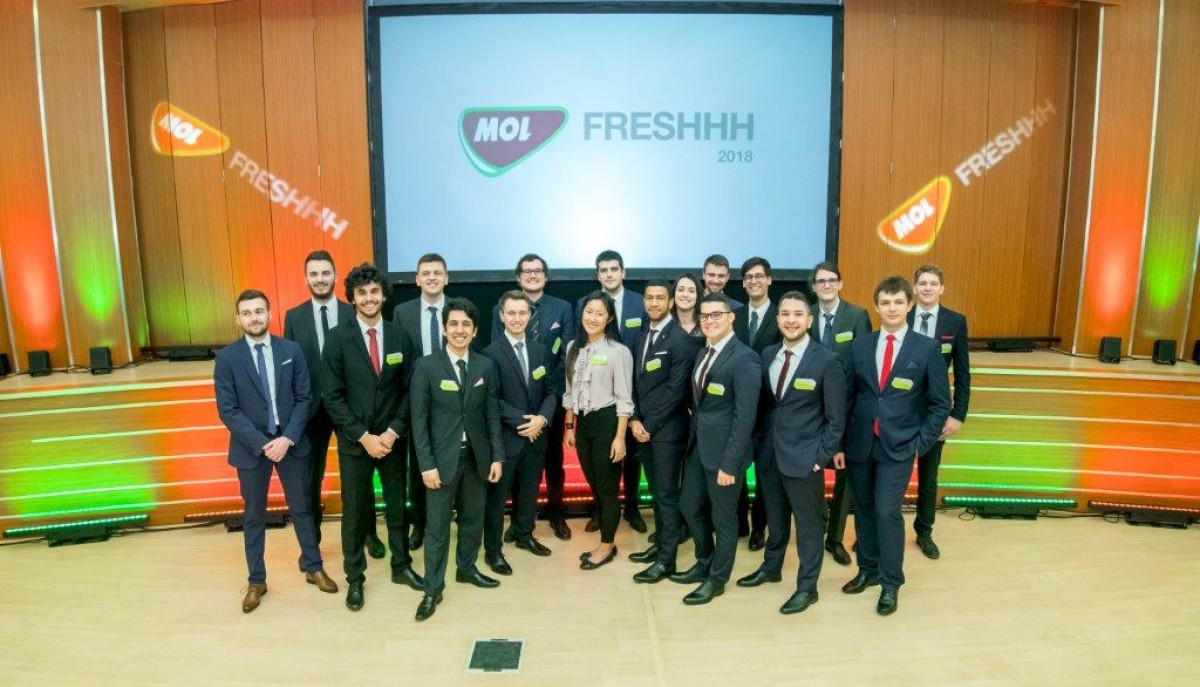