Budapest, 29 January 2018 – Last Friday, MOL Group held in Budapest Live Final of the 11th edition of the Freshhh competition, its flagship award-winning student contest. Its growing popularity demonstrates that MOL is seen as an attractive employer among the youngest, largely digital generation, and is able to offer compelling career paths also outside the core Oil & Gas industry. The best seven international teams - from Hungary, Croatia, Slovenia and Nigeria – competed for final prizes, with the Hungarian team “Petronauts” coming out on top after a challenging battle.

Freshhh is an international online student competition, where participants take charge of managing an integrated oil corporation. Throughout the game, teams consisting of three members have to make day-to-day decisions on oil and gas field development projects, the construction of a refinery, retail network development as well as defining the best product portfolio.

This year’s edition attracted applicants from nearly 60 countries around the world. In total, 1,450 teams applied to participate in the Freshhh 2017 competition, which proves that it has truly become a trademark in the industry on the international level. After two rounds of an exciting virtual game, the competition has drawn to a close with the ultimate trial for the seven finalist teams. During this year’s Live Final the bar was set high as the participants were faced with a challenging task. As MOL Group seeks to become the leading regional provider of innovative solutions in transportation, the teams had to present a proposal on MOL’s shared mobility strategy, which could outline potential business opportunities in this emerging yet highly prospective market. As the second step, the event saw student teams showcase their ability to solve an Oil & Gas industry strategy situation game, which was an opportunity to demonstrate their teamwork, negotiation and strategic management skills.

All teams showed excellent performance, but according to the jury comprising of top MOL managers the Hungarian team “Petronauts” proved to be the best. „Taking part in the Freshhh competition was a great opportunity for us. It was definitely the hardest and most complicated competition we ever took part in. It required from us a lot of research and preparation, but it was absolutely worth it. I can just say - team up with your friends and join the next edition of Freshhh!” - said Emánuel Kovács from the winning team.

The second place went to the Croatian team “Delay”, and the third to the Nigerian team “Awo Omoluabi”. The top three teams won prizes of a total of 25,000 EUR.

“In a fast-changing world innovation is more important than ever, which is also envisaged in our transformational strategy MOL Group 2030. We all know that our industry will be soon a very different industry from today, and the skillset required to innovate in the traditional Oil & Gas largely resides with the younger generation. Attracting digital natives is a challenge, however, with such programs as Freshhh we are able to turn it into opportunity by offering the best talents the way forward to pursue an impactful career in a dynamic and diverse environment. I truly congratulate the winners and encourage all participants to join MOL Group’s community as participants of the Growww program.” - commented Zdravka Demeter Bubalo, HR Vice President of MOL Group. 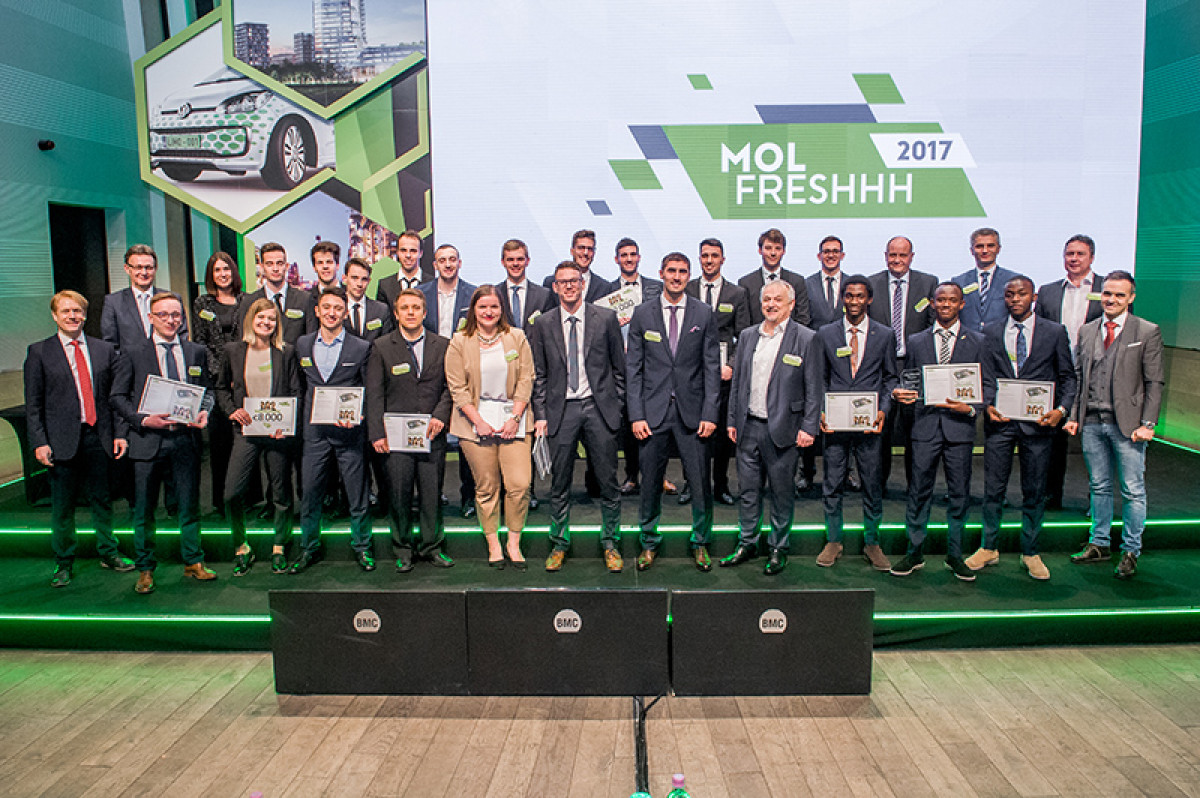